This year they again offer a limited time special taxi fare from JR Mutsu Tsuruda Station to Fujimi Lake Park and the Bridge or Michi-no-Eki (Roadside Station) Tsuruta Tsuru-no-Sato Aruja. The schedule is as follows. 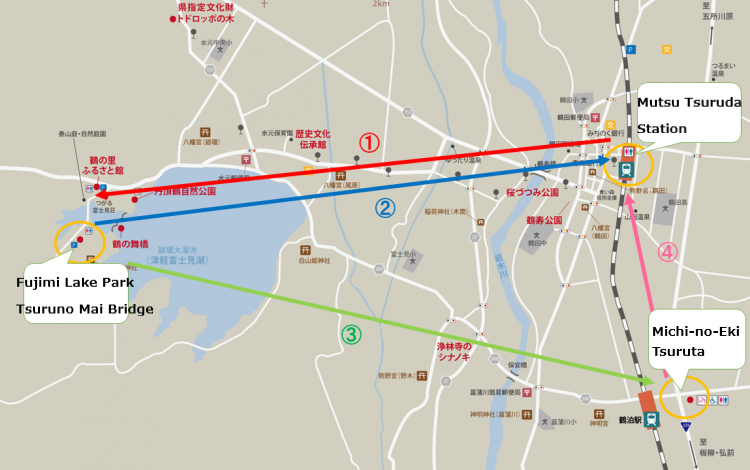 ■Special Fare
It will be approximately 600 ~ 1400 yen discounted from the original fare.

*Taxi will be waiting for you in front of JR Mutsu Tsuruda Station at the arriving time of your train.
*There are no taxis around the Tsuru-no-Mai Bridge nor Michi-no-Eki Tsuruta, Tsuru-no-Sato Aruja. When arriving at the Bridge or Michi-no-Eki, make a reservation through a driver or call a taxi company for going back.