Story of Tsuru no Mai Bridge History and meaning behind 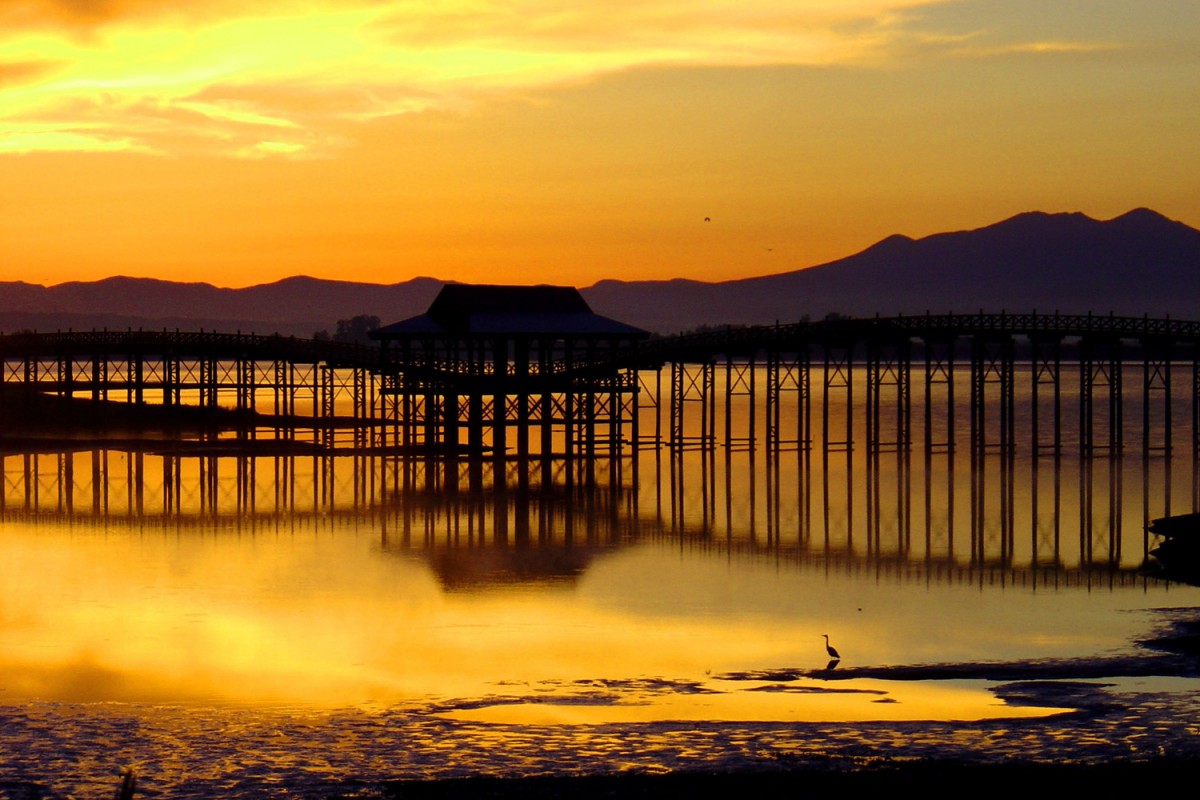 Mt. Iwaki reflecting on the lake, the lifeline of agriculture

When villages are colored with sprouts of gorgeous spring, Tsugaru region becomes a wetland. The surface of rice paddy fields shine like a mirror.
Towards the end of spring, the reflection of snow covered Mt. Iwaki on Mawarizeki Otameike resembles a lady wearing a shawl of race.

Mt. Iwaki is known as Tsugaru Fuji because of its resemblance to Mt. Fuji. Otameike is also called “Tsugaru Fujimi Lake ”, the lake where Tsugaru Fuji can be seen. 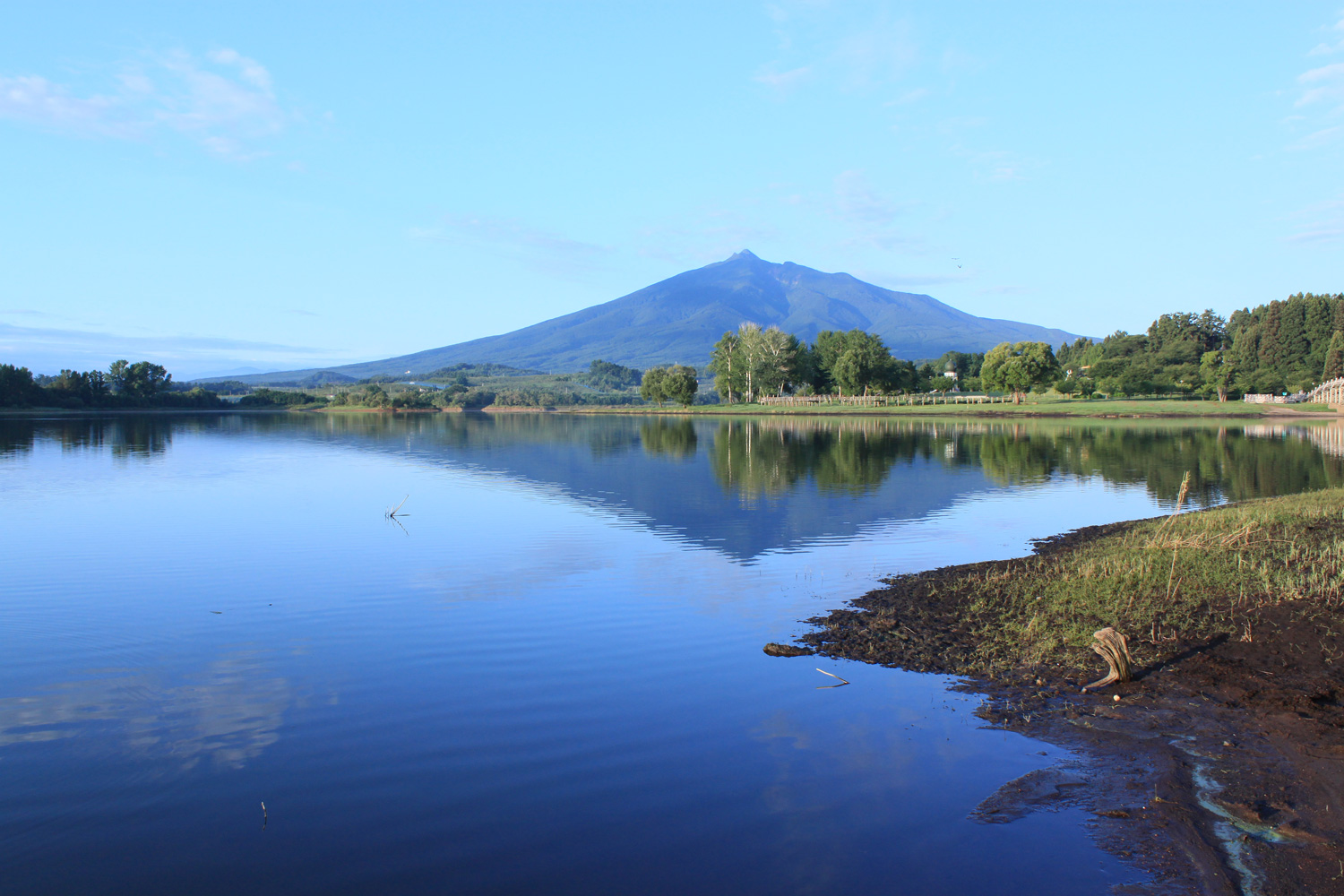 Mawarizeki Otameike, water reservoirs, embankment construction project started in 1660 under the direct management of Nobumasa Tsugaru, the 4th feudal lord of Hirosaki Clan.
Since then, a lot more construction work has been done and finally completed in 1960. Length of the embankment is 4,187m (2.6 mile), the longest in Japan.
Mawarizeki Otameike is a lifeline for local farmers to the west and north of Tsugaru County. Otameike is an agricultural and a civil engineering heritage that continue to provide water for irrigation.

Image of Red-crowned crane flying over the lake

Tsuru no Mai Bridge is the bridge that crosses over Tsugaru Fujimi Lake. The bridge is a 300 meters long three arched wooden bridge that is made of Aomori cypress tree. The bridge pier is built with 700 logs that are more than 150 years old, using traditional Japanese architectural technology in order to preserve natural environment and surrounding landscape. 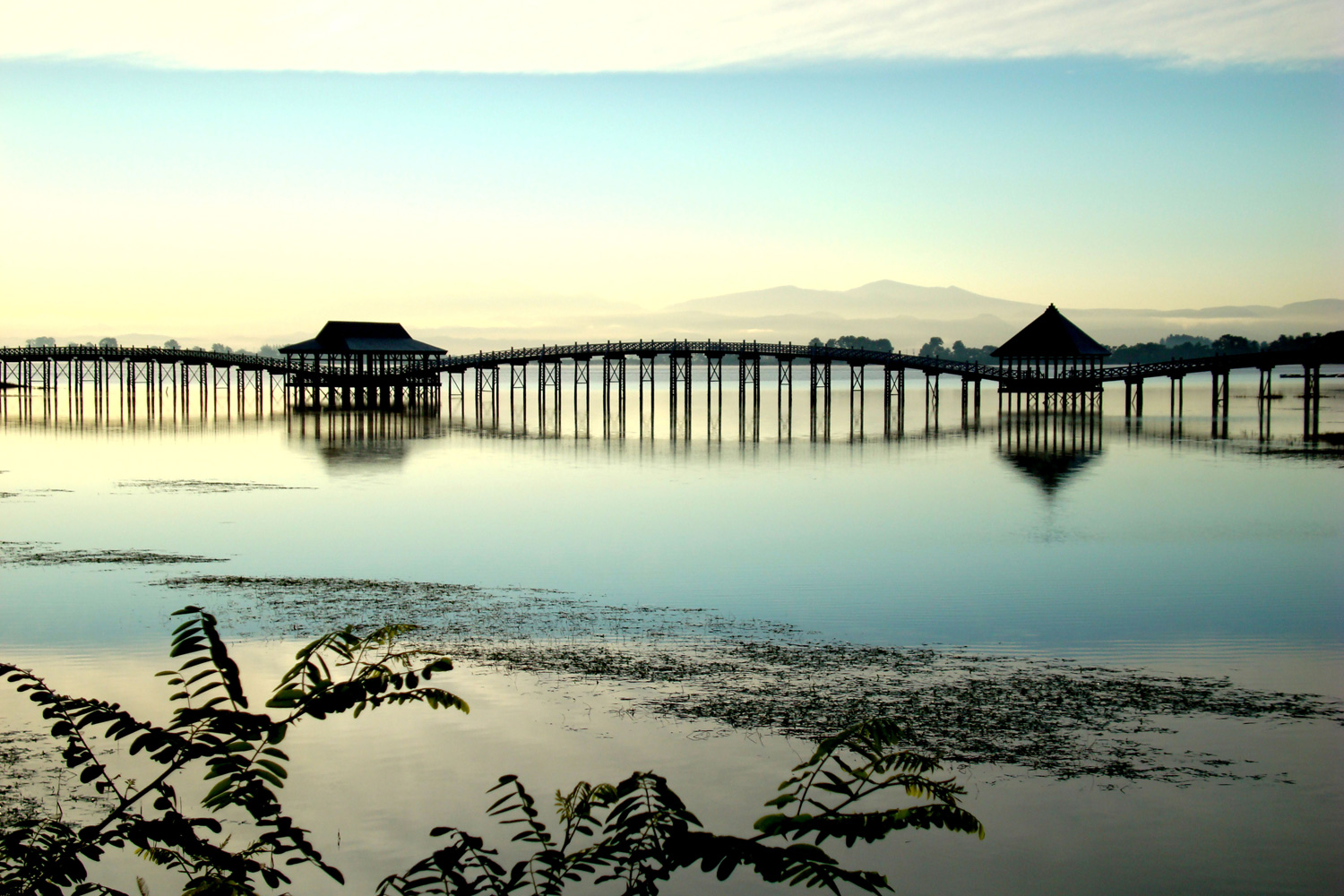 Handrails and other parts of the bridge are built with cross design which may be a familiar design to foreigners. Cross design is used instead of Japanese lattice design to symbolize the harmonization of Eastern and Western cultures suitable for the town which promotes international cultural exchange.

Mystery of the bridge: Spiritual place for longevity

The bridge is built with gentle triple arch expressing three peaks of Mt.Ganki, Mt.Chokai and Mt.Iwaki which form Mt. Iwaki. Even when Mt. Iwaki is covered with clouds, visitors can enjoy the view of the reflection of the bridge on the lake resembling Mt. Iwaki.
In addition, the bridge has a mysterious wonder associated with numbers. 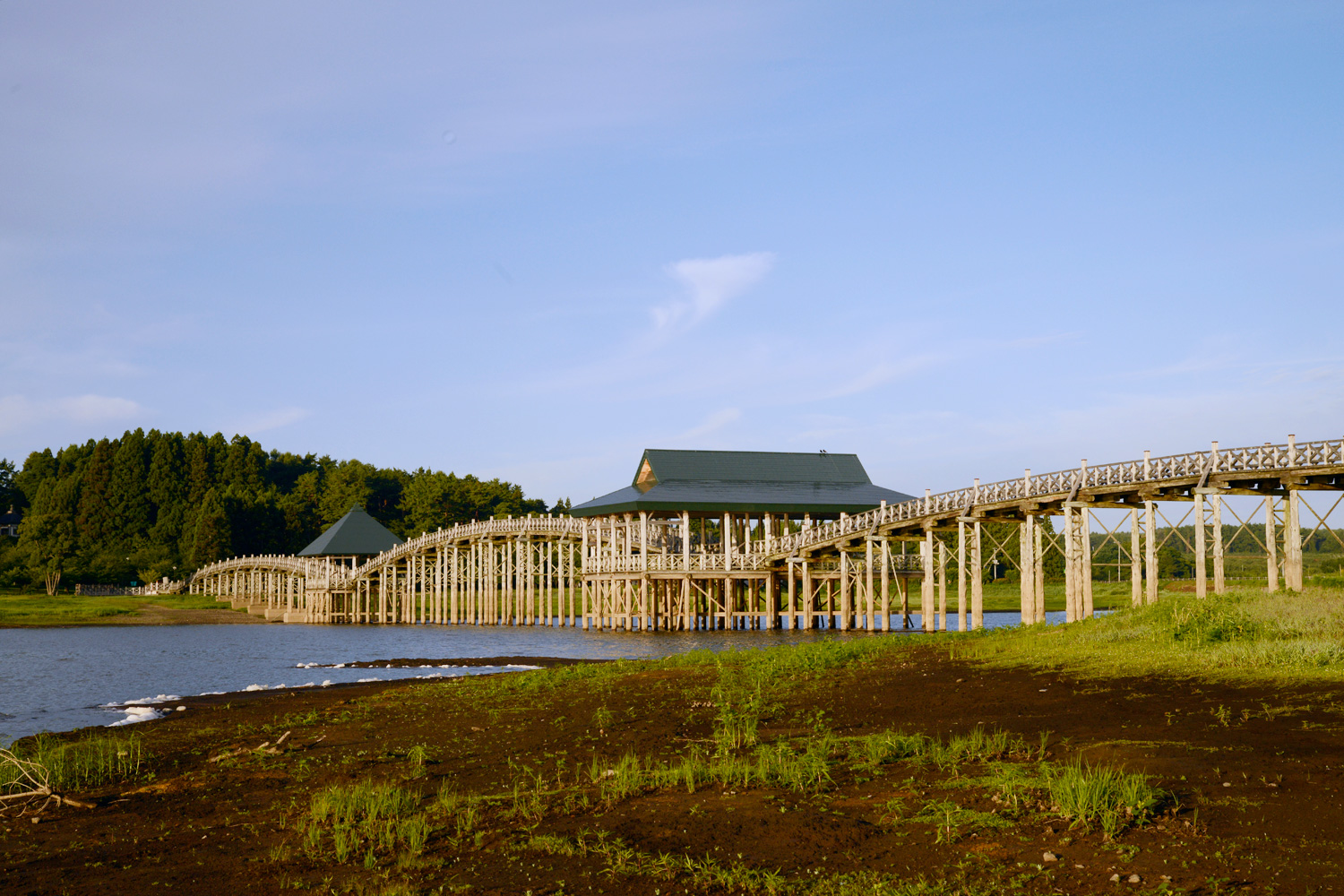 The length of the three (3) arched bridge is 300-meter long with 3-meter width. The bridge pier is 30cm in diameter. 3,000 logs and 3,000 wood boards were used to build the bridge. In addition, Mawarizeki Otameike was completed in March (3) of Manji 3 (1660). Since the Edo period, number “3” is considered a sacred number in Japan. It’s fascinating how number “3” appears coincidentally.

Hoju (sacred ball-shape gem) enshrined at Kannon Hakkakudo Hall in Fujimi Lake Park and the bridge were discovered to be appearing on a straight line after completion of the bridge.
Japan’s “longest wooden bridge (Nagai Ki no Hashi) “= “bridge of longevity (Nagaiki no Hashi)” , which leads to Kannon, the Buddhist deity. The bridge which has been completed with combination of sacred number “3”. These might be a reason why Tsuru no Mai Bridge is drawing attention from all over Japan as the place for good luck and longevity.

Fujimi Lake Park is a starting point of the Byobusan windbreak project. It was the first windbreak project in Japan as part of the development of rice paddy field by Hirosaki Clan. Windbreak trees, which started in Edo period, still support our life as an agricultural guardian angel to this day.

Turtle, as well as crane, has been revered as an animal of happiness and auspicious to symbolize longevity. In China, a turtle has been a messenger of Horaisan, which is known as the land of perpetual youth and eternal life. Looking at the Tsugaru Fujimi Lake from the sky, the lake resembles the shape of a turtle. Tsuru no Mai Bridge is located just upon the neck of the turtle as if the turtle is wearing a necklace. Turtle shaped lake and the bridge reminiscent of the crane is believed to be a place of good luck.