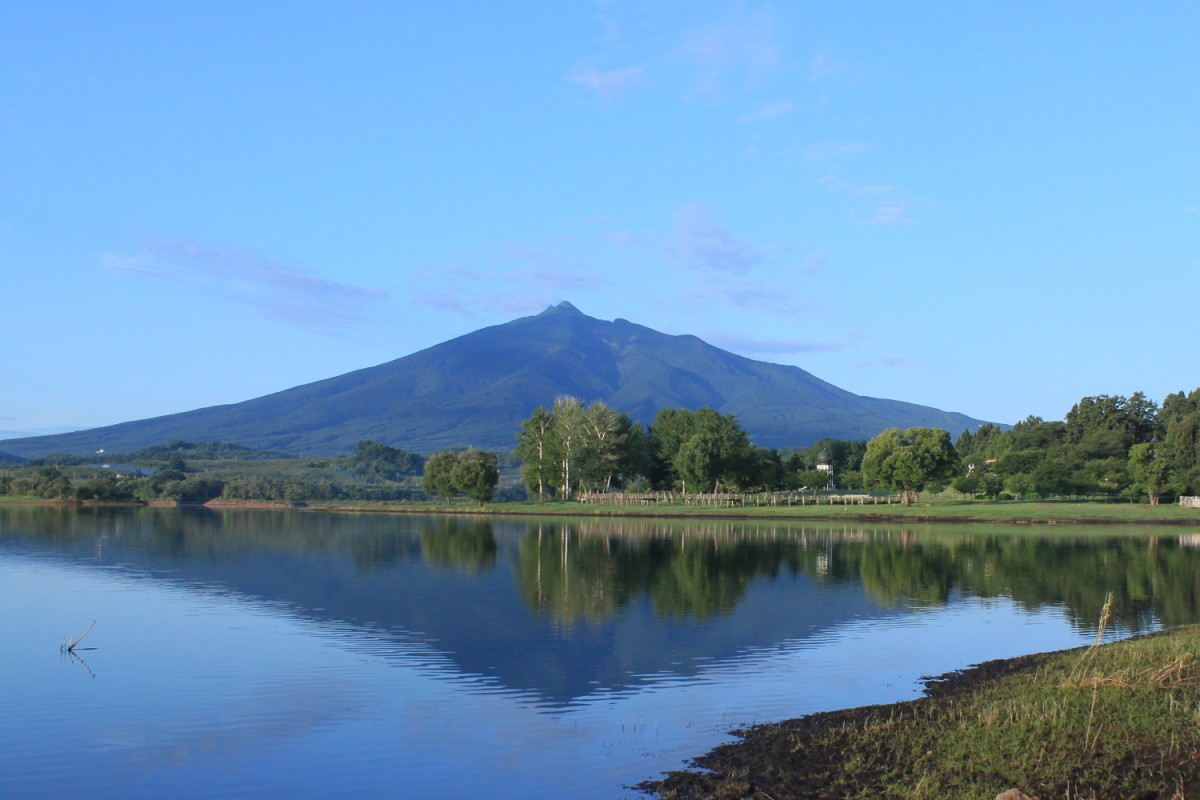 Mawarizeki Otameike, commonly known as Tsugaru Fujimi Lake is a largest water reservoirs in Aomori Prefecture. Construction of the embankment project started in 1660 under the direct management of Nobumasa Tsugaru, the 4th feudal lord of Hirosaki Clan. The length of the embankment is 4.2 km (2.6 mile) and is the longest in Japan. Mt. Iwaki, also known as Tsugaru Fuji because of its resemblance to Mt. Fuji, can be seen from the lake. That is the reason why Mawarizeki Otameike is called Tsugaru Fujimi Lake.
Tsugaru Fujimi Lake was chosen as one of the hundred best water reservoirs selected by Ministry of Agriculture, Forestry and Fisheries in 2010.

Recently, Tsuru no Mai Bridge has been drawing attention as a popular spiritual place. In Japanese, “Nagaiki” can be written as “Nagai Ki (long wood)” and “Nagaiki (longevity)”. Tsuru no Mai Bridge is the longest triple arched wooden bridge in Japan. It’s believed that those who walk across the bridge will live a long life. Mt. Iwaki is also believed to have spiritual power that gives people good luck and purifies one’s mind and body. You can receive spiritual powers from the bridge and Mt. Iwaki while at the lake. 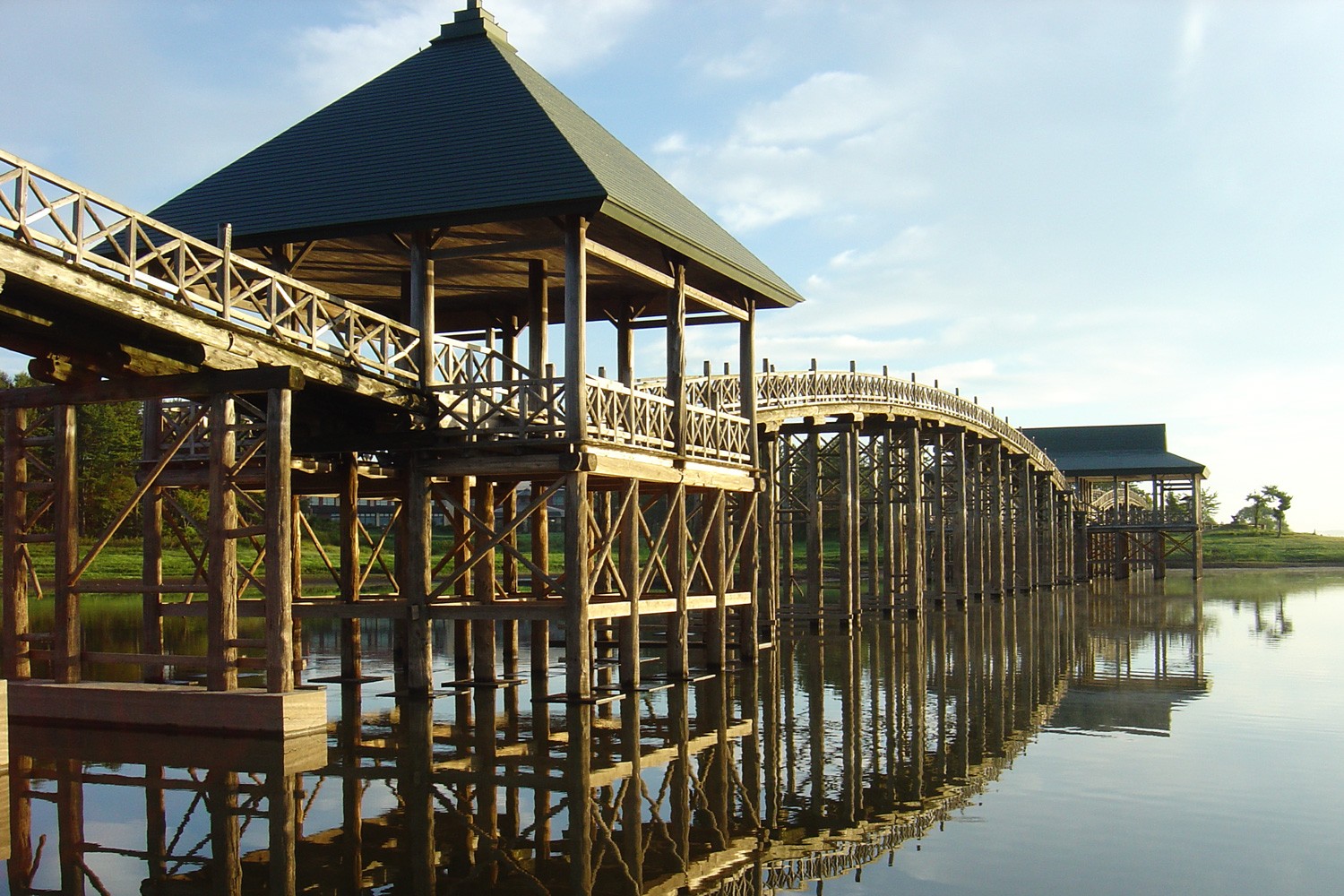 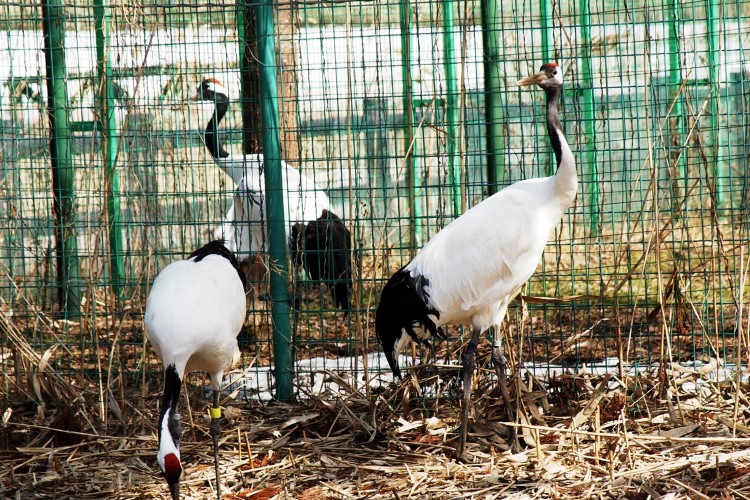 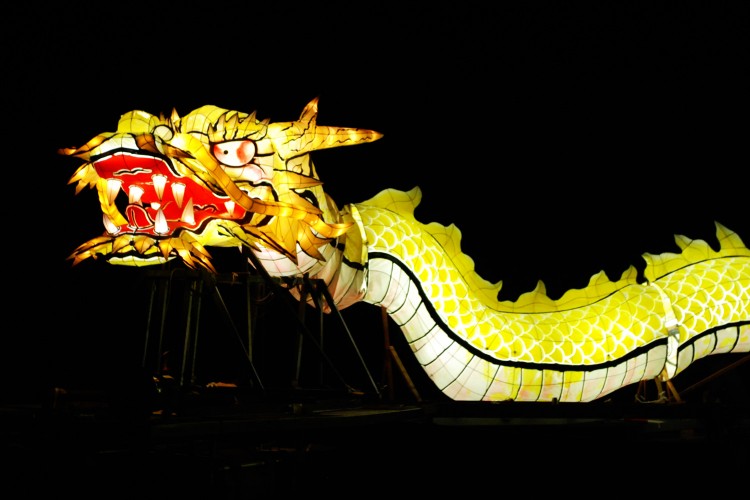 About 600 years ago, Mayamanokami Tadakatsu, the lord of Shimizu Castle met Princess Shirakami and fell in love with her. However, the lord married a different lady. Princess Shirakami was so devasted that she threw herself in the lake. Her grudge against the lord turned her into the white dragon and made the lord suffer thereafter.
In 2012, Nebuta was created based on the legend. It fascinated a lot of tourists during Aomori Nebuta Festival.