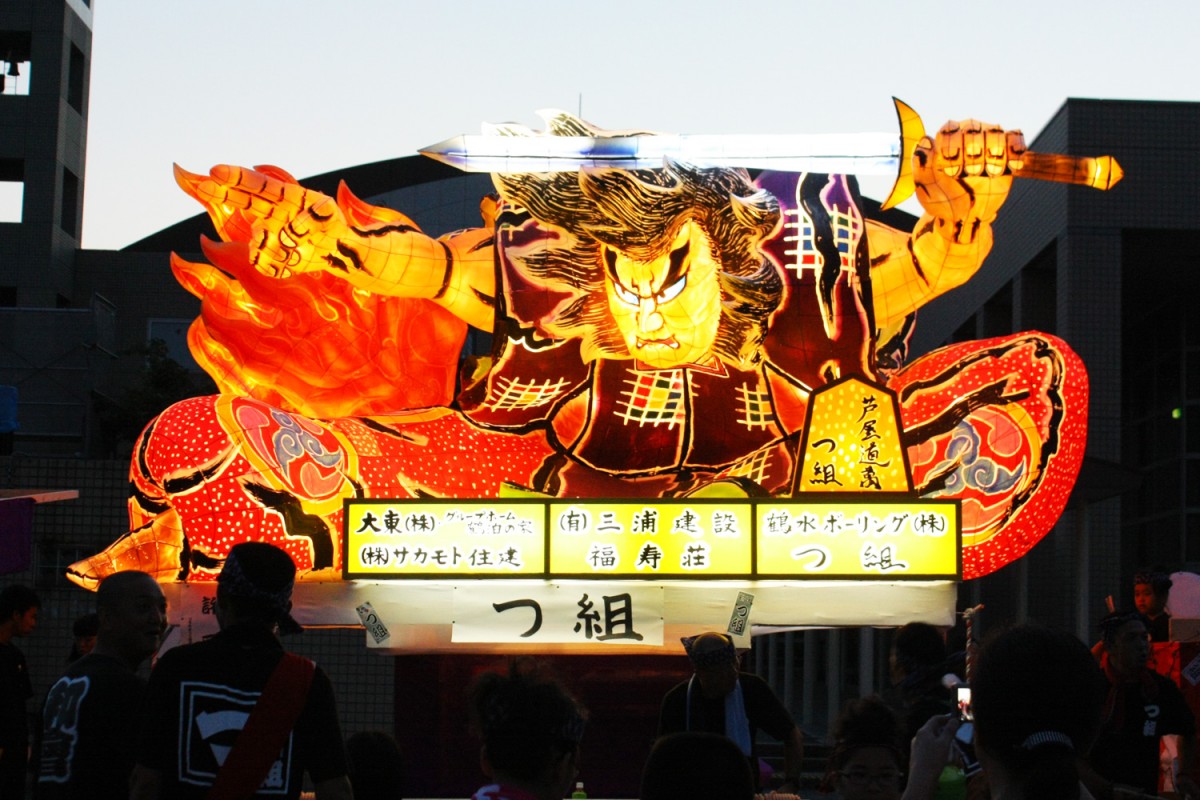 The first Nebuta parade was held in Tsuruta around 1932 – 1933. It was square-shaped and did not have many colors. It had approx. 40-50cm (16-20”) square box that displayed doll shadow play with music. Current Nebuta is very different compared to the old one. Current Nebuta is very colorful and comes in various shapes such as doll-shaped (Nebuta) and fan-shaped (Neputa).
Nebuta parade is accompanied by live Japanese orchestra with a large Taiko drum, 3m (10ft) in diameter and 6.5m (21ft) in length, and Yosakoi soran dance by local high school students.

Nebuta parade is held twice a day, once in the morning and once in the evening for two days. It’s one of the main events held in August during Tsuruta Festival (Celebration of Water and Fire). 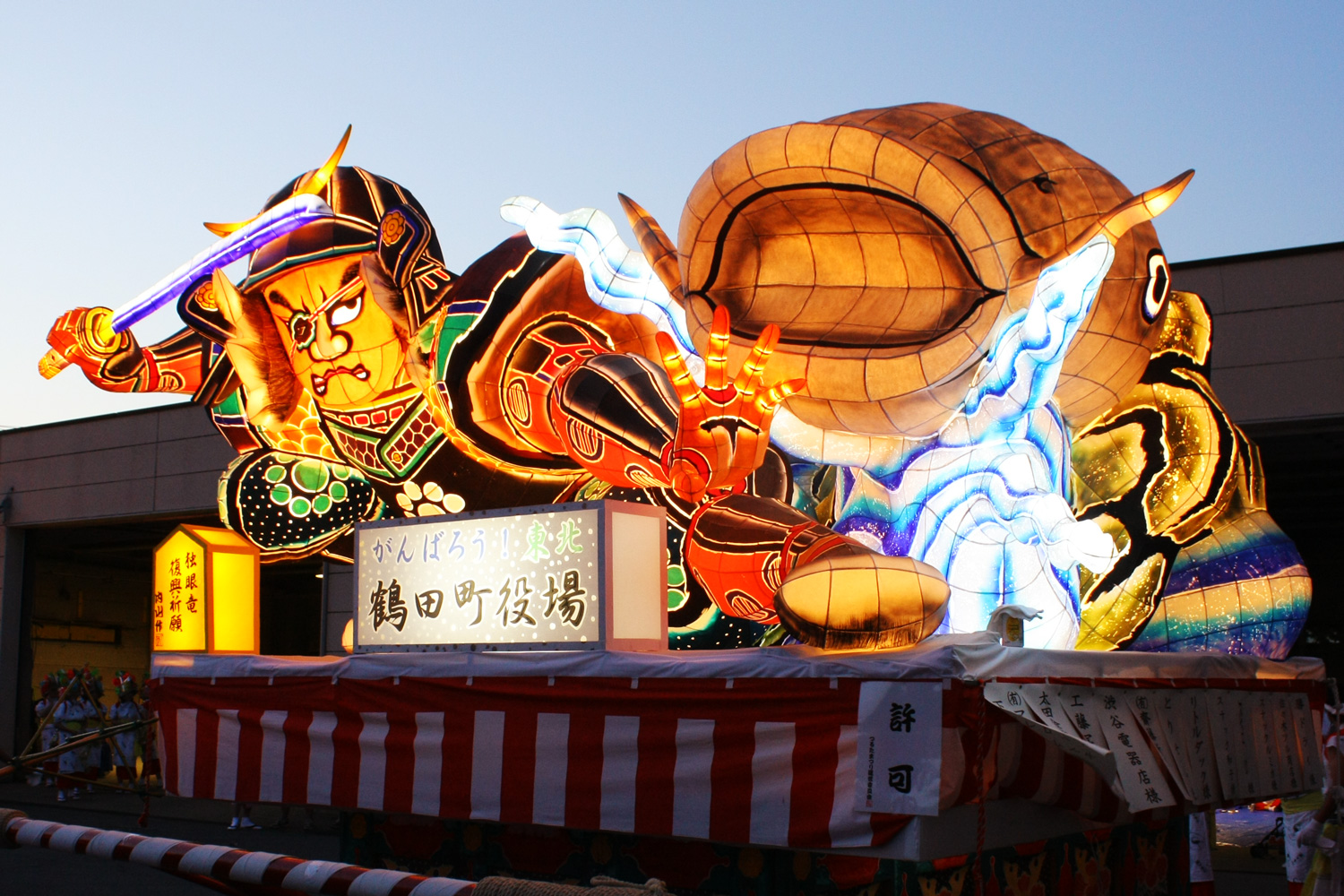 Tragic love legend of Tsugaru Fujimi Lake: Tsuru no Mai Bridge (created by Sakuryu Chiba) themed large Nebuta marched during the Aomori Nebuta Festival in 2012 (8/2 – 8/7). On August 4, 2012, 120 Tsuruta residents danced alongside of Nebuta to bring lots of excitement to the parade. 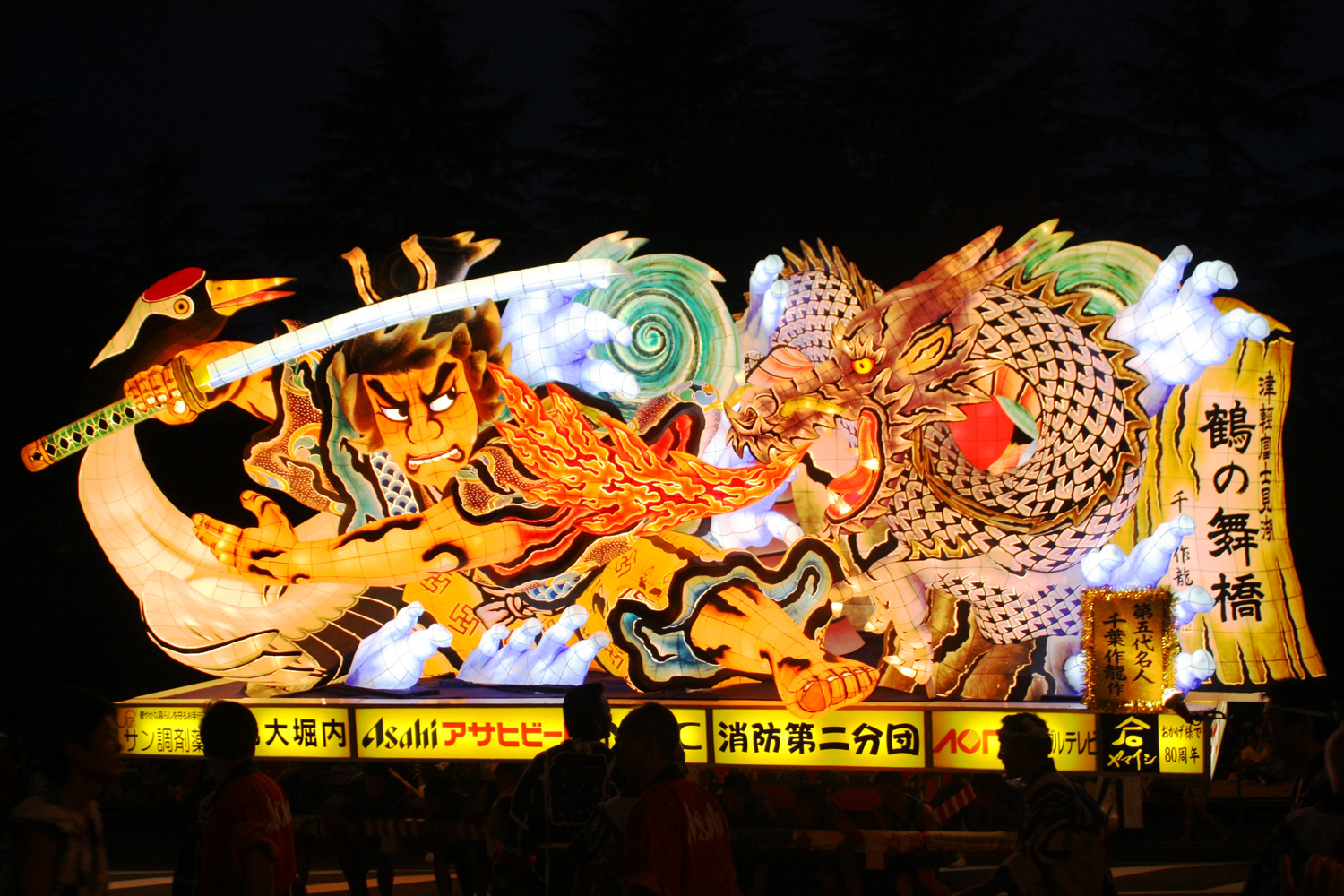