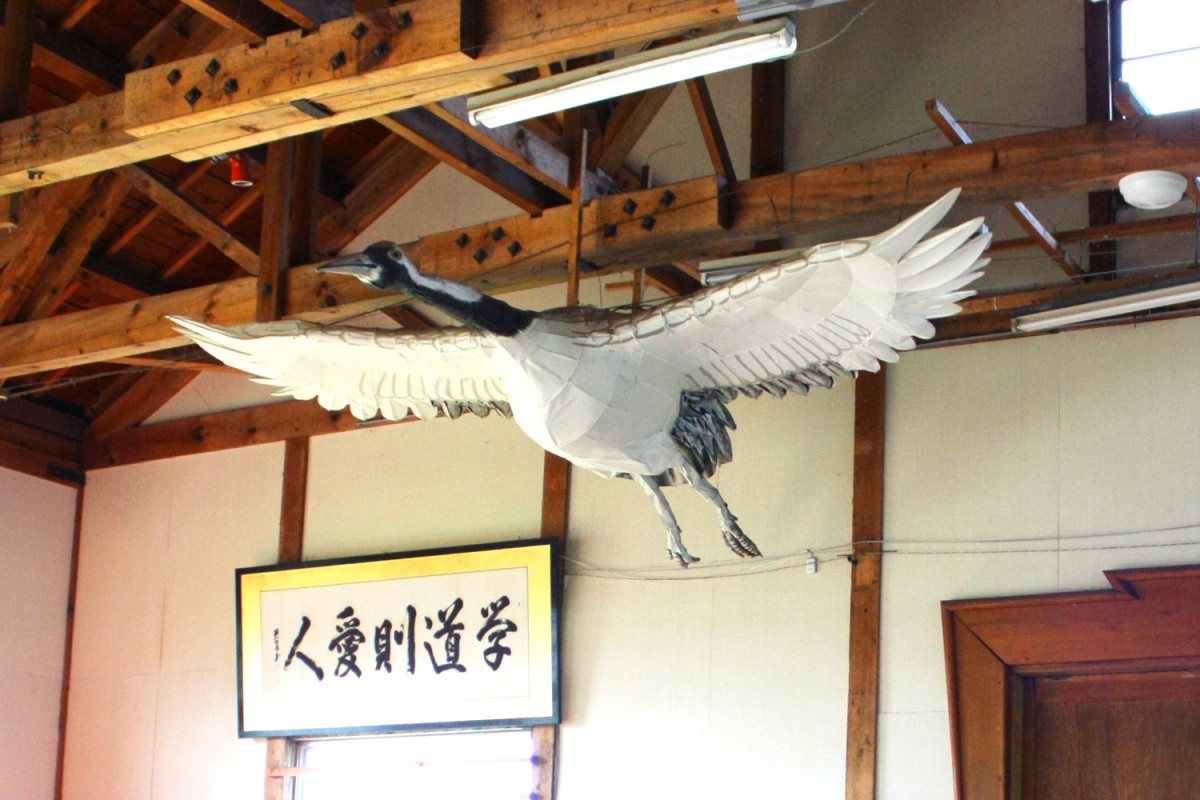 In the past, Tsuruta had no crane habitat. Tsuruta heard about Tsurui Village in Hokkaido which promoted its town with crane kites. After Tsuruta contacted Tsurui about the kite, Tsurui gave Tsuruta not only the crane kite, but also the blueprint of the crane kite so that Tsuruta could create its own.

Currently, crane kite flying event is held twice a year on Jan.2 for New Year and on Aug. 15 during Tsuruta Festival (Celebration of Water and Fire).

Only two towns called Tsuruta exist in Japan. For that unique reason, Tsuruta in Aomori and Tsuruta (now called Satsuma) in Kagoshima have been sister cities. Tsuruta, Tsuruta in Kagoshima and Tsurui in Hokkaido have been maintaining friendships through crane kite flying event.
Looking at flying crane kite makes you think as if a real crane is elegantly flying in the sky. 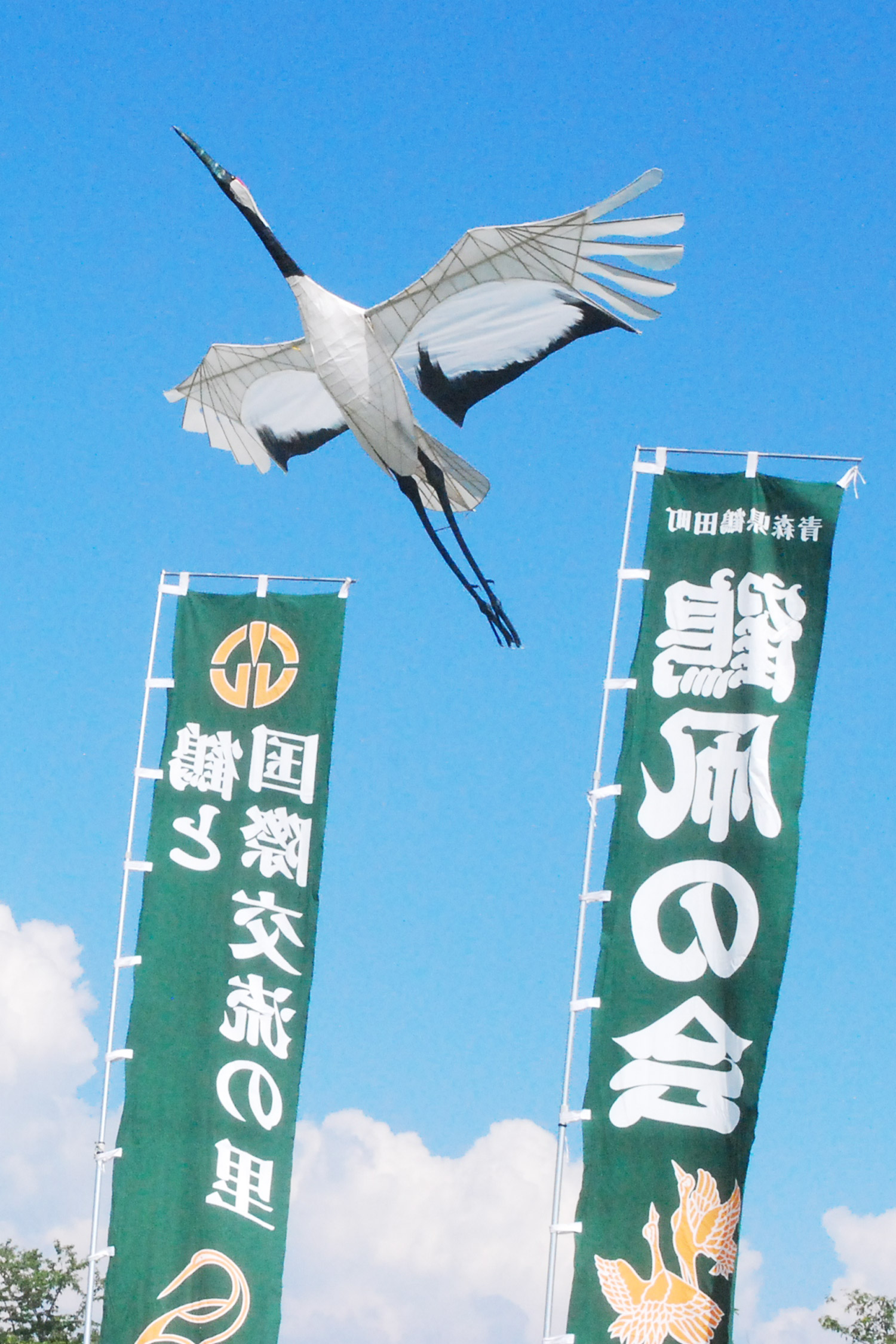 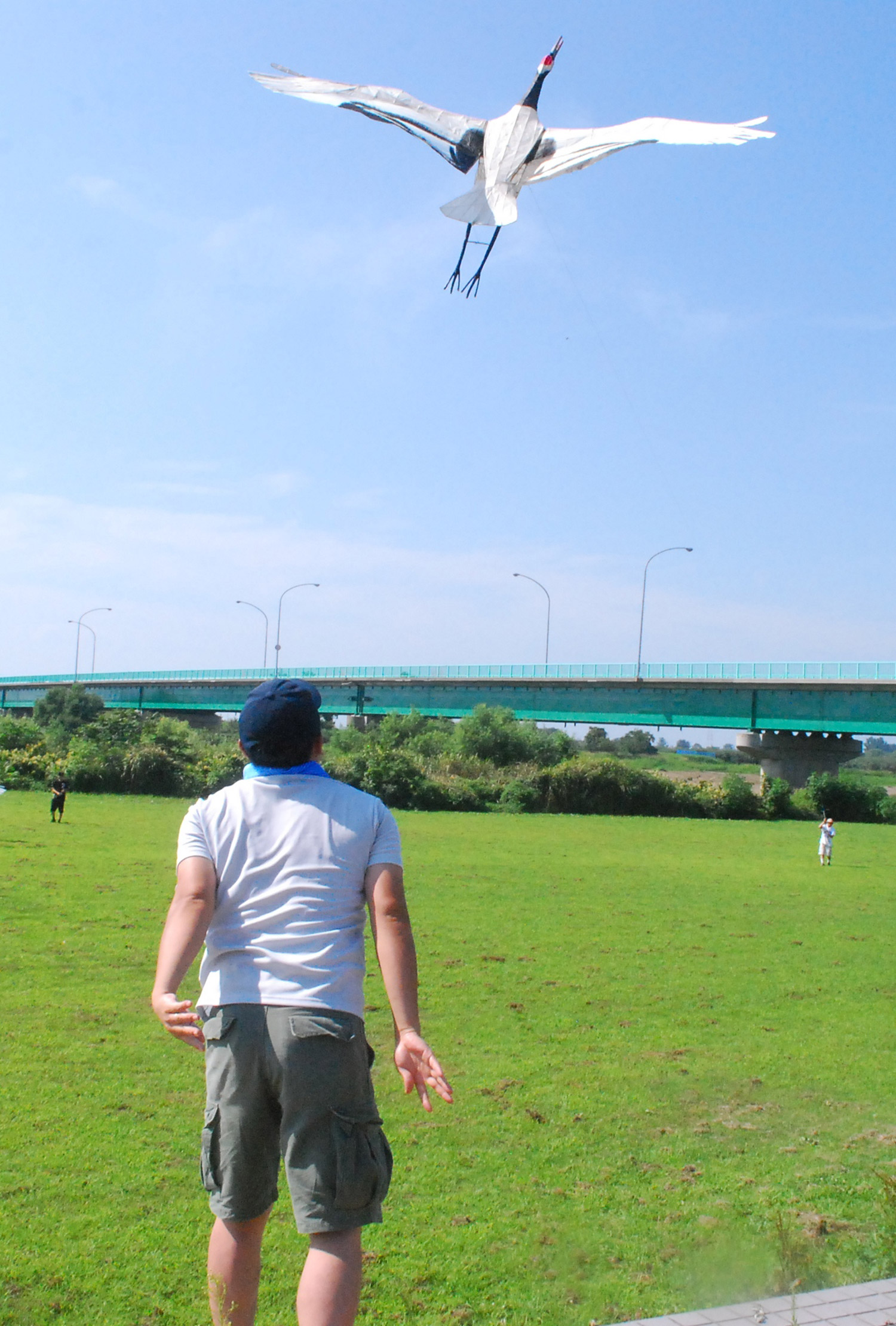